A message from our President 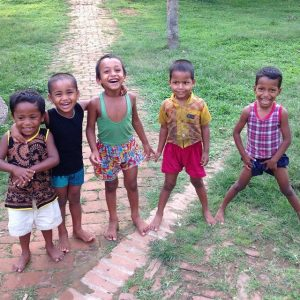 university experience. I’ve met some amazing new people who have gone on to become my closest friends. Despite being a very young society, we have grown as more and more British Bangladeshi students have applied and have been accepted to the University through sustained Access efforts. Once they arrive, we have always endeavoured to provide a strong community spirit to provide a foundation from which students, old and new, can foster new friendships and experiences. The growth over the last few years would not have been possible without the kind support of our members, alumni, mentors and sponsors. With help from people like yourselves I can’t wait to see where it goes in next few years with opportunities boundless!

The story so far 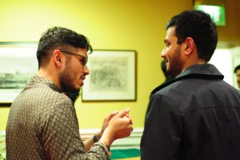 CU BanglaSoc is dedicated to hosting a range of events that are culturally enriching and charity orientated. BRAC has recognised our fundraising efforts across the years and we are proud to be ambassadors for them. In the past academic year alone, we raised over £600 for the charity ‘Maa’, which supports mothers in Bangladesh, by hosting Bollywood movie nights and formals serving traditional Bangladeshi food. We also helped to fundraise just under £2000 as part of a South Asia Covid-19 Relief Fund charity campaign!

We co-produced a £30k socialmedia campaign in partnership with the University of Cambridge, targeting British Bangladeshi and British Pakistani students. In the first four days, 140k individuals from these underrepresented student populations were reached. 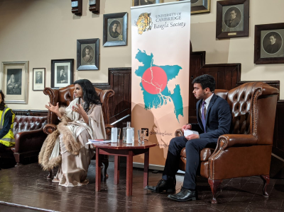 We have strong links with the collegiate University’s Access and Widening Participation team, granting us an influential role to help their outreach efforts; this has included several of our members featuring on YouTube videos with cumulative views crossing 10k in addition to news features on ITV News. Moreover, members of our access team were featured on live TV talk shows on ATN Bangla UK and TV One UK, reaching a viewership of over 500k, to talk about the Cambridge admissions process and to eliminate any misconceptions students or parents may have of moving out for University. Our access efforts have resulted in a 33% greater than expected increase in applications, offers and acceptances at Cambridge for Bangladeshi students.

It was a huge honour for BanglaSoc to host the Bangladesh High Commissioner, H. E. Ms Saida Muna Tasneem, at the Cambridge Union last year. Our members felt inspired after hearing this strong role model speak about her life and work.

We have no intention of slowing down for the upcoming year! From access conferences and “Explore Your Roots” nights to celebrations for the 50th Independence Day of Bangladesh, we are more than excited for our future.

This far from completes the list of activities CU BanglaSoc has held, but we hope the examples chosen displays our enthusiasm!

If you are interested in supporting us and becoming a part of our success story, have any questions, or simply want to find out more, then please do not hesitate to contact our treasurer using the form below!